COVID UPDATES:  Orders are being shipped out within 1-2 business days. However, all shipping companies are experiencing delays. USPS is not guaranteeing delivery estimates and can take 2-3x longer to deliver. INTERNATIONAL CUSTOMERS: if you use USPS please expect to wait several WEEKS for delivery. Contact us for time sensitive order options. There are no refunds for any late shipments.

As shown on the fiche picture #6

The baffle is still packed in its original Puch wrapping.  It appears this is the non re-stricted European version with more holes than the aftermarket versions.  This will allow more flow and higher power output than the standared U.S. version. 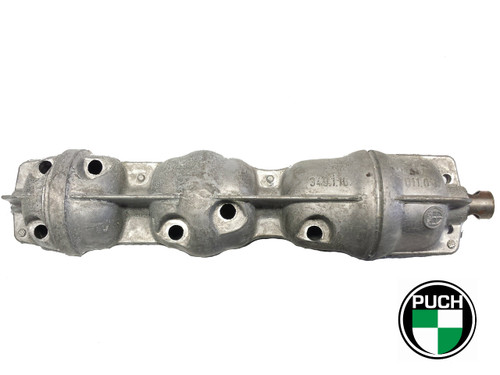